This will probably be a bad idea. If you follow this idea make sure you have a way to override it in case you go somewhere sensitive or whatever don’t give chat free reign to be a knob.

Anyway. Security camera made portable. Lets begin. I want to make this work 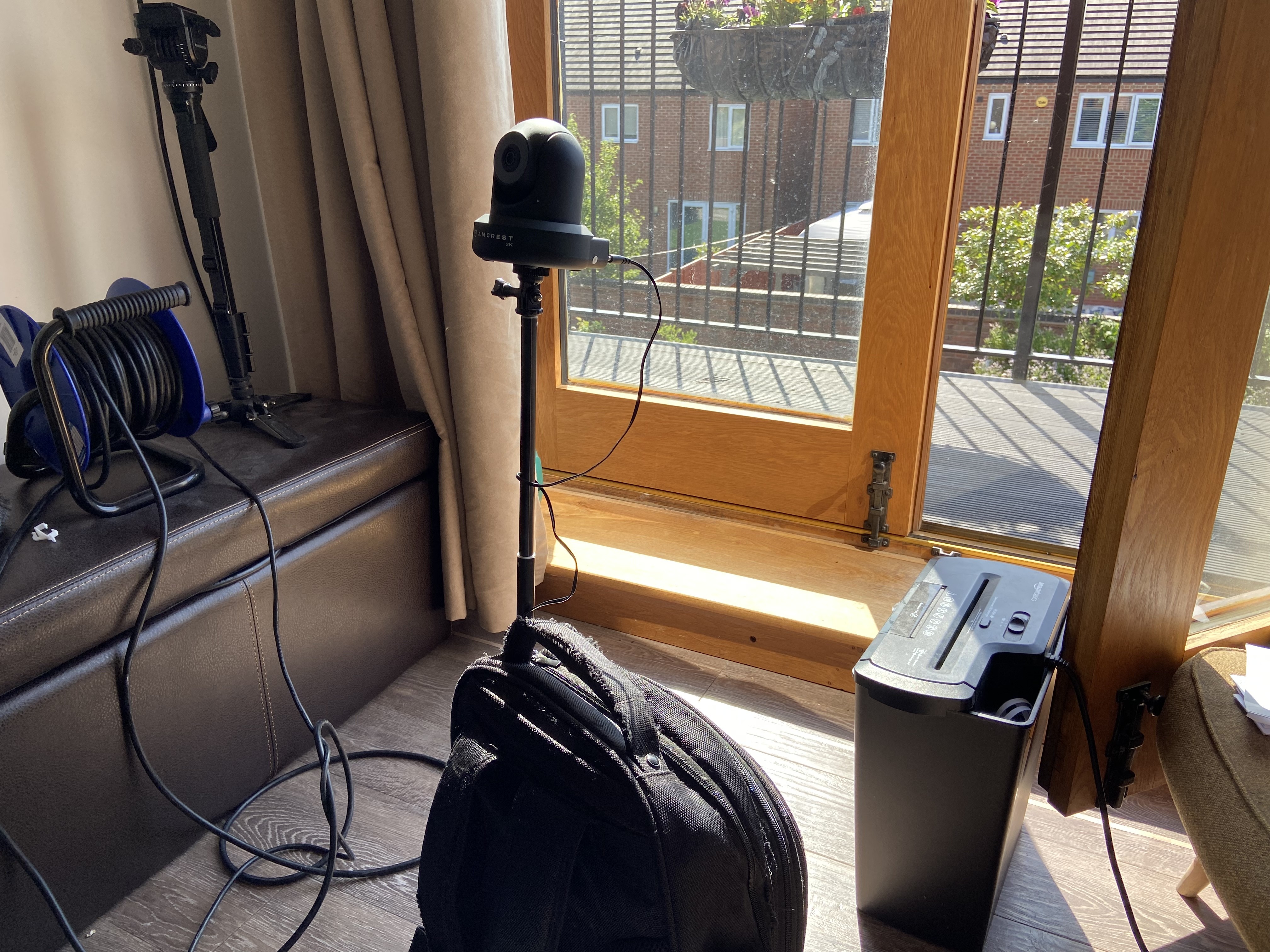 First things first, lets get the existing setup out of the way. I already have a portable modem. If I switch it on all of my devices would happily connect through it and (give or take networking) not realise any different. You’ll need some form of wifi if you’re doing this, or some other camera that doesn’t require wifi to work.

This means while on the move my streaming app (Prism Live something) can then hopefully use a rtmp or http to display the camera as a source. I really don’t want to lug a laptop around to do the streaming bit but it is an option. In the ideal world the phone/device doing the streaming can handle it though.

The camera also has a built in speaker but making TTS come out of it just sounds like a terrible idea. It’s an option for the reader though.

edit: haha I just took it for a given I’d be able to do this bit, sorry. I’ll also need an interface between Twitch chat and the camera’s pan/tilt functionality. Might need that bit.

Pop back soon and I’ll update this as I progress! It also makes sense for me to stream this so, y’know, twitch.tv/cohan

Feel free to subscribe to dev updates if you fancy it. There’s an RSS feed knocking about too if you like those.